Stephen is our Senior cataloguer for Silver & Jewellery and also specialises in medals and coins. He has been working in the auction world for over 40 years and counts himself lucky that his lifetime work is also a lifetime hobby, and is still very excited when he spots a valuable coin amongst a batch during valuations. The stories behind each medal he sells never fail to fascinate him.

Starting his auction world career in the late 70s at Russell Baldwin & Bright, he worked first as a porter and then in valuations, where he soon discovered his real passion, specialising in silver, coins, medals, jewellery and watches, later becoming an auctioneer. In 1982 he started working at Sotheby's, later moving to Bellmans.

Career Highlight: discovering a blue diamond pendant in a local bank vault, whilst at Sotheby’s, which later sold in Geneva.

Fantasy Discovery: a Victoria Cross group which is completely new to the market. 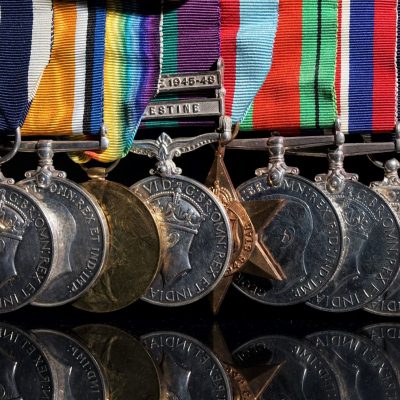